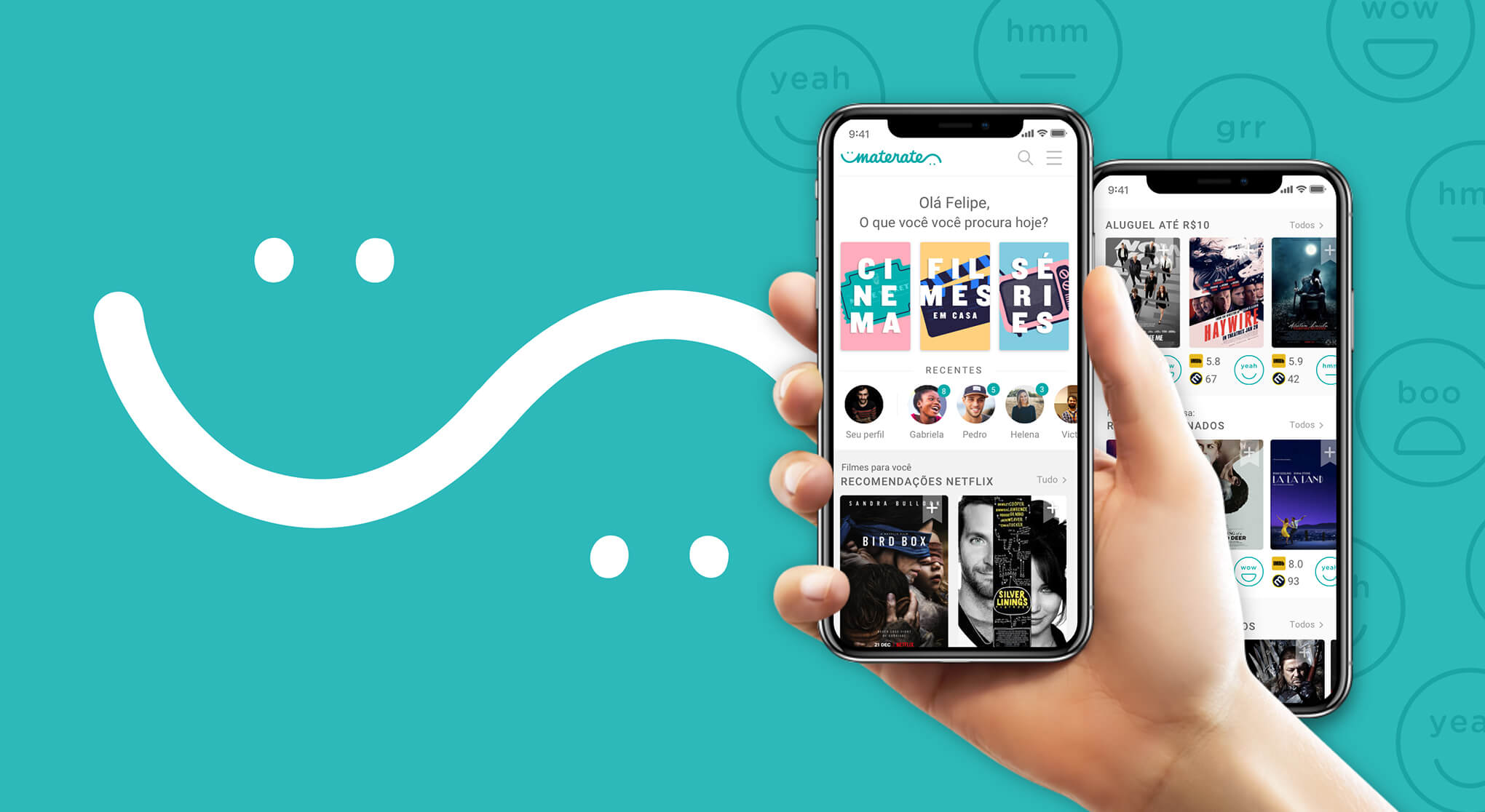 MateRate is an all-in-one platform built to help reduce the time it takes to choose a movie or tv show to watch. The platform combines all the information the user needs to make a decision and uses artificial intelligence to understand the user’s taste and generate personalized recommendations.

Emotions are the core of the engagement between the user and the app, therefore, we wanted the identity to be able to express the feelings a cinematic experience brings upon the audience – either it being positive or negative, both are relevant feedbacks. It’s the constant inputs of likes and dislikes that will result in a more accurate output. With that in mind, our design was a custom built, fluid lettering with friendly curves that has a happy and a sad face on each end.

To make the rating and recommendations system straightforward and universally relatable so the app could operate in different languages and cultures, we decided to make the emotions as simple as possible and use onomatopoeias to help convey the feeling and differentiate between each stage. The result was a 5 point scale that ranges from Wow to Boo. Once it is still a recommendation it is viewed as an outline, but once it becomes the user’s rating its shape transforms into a speech balloon.

To make our A.I’s recommendations seem more user friendly, we created a character called Mate to guide the user through the app. Mate is the user’s virtual cinephile buddy, he learns all your tastes and recommends the best titles for you to watch. The quirky charismatic character was illustrated by Domingos Octaviano. 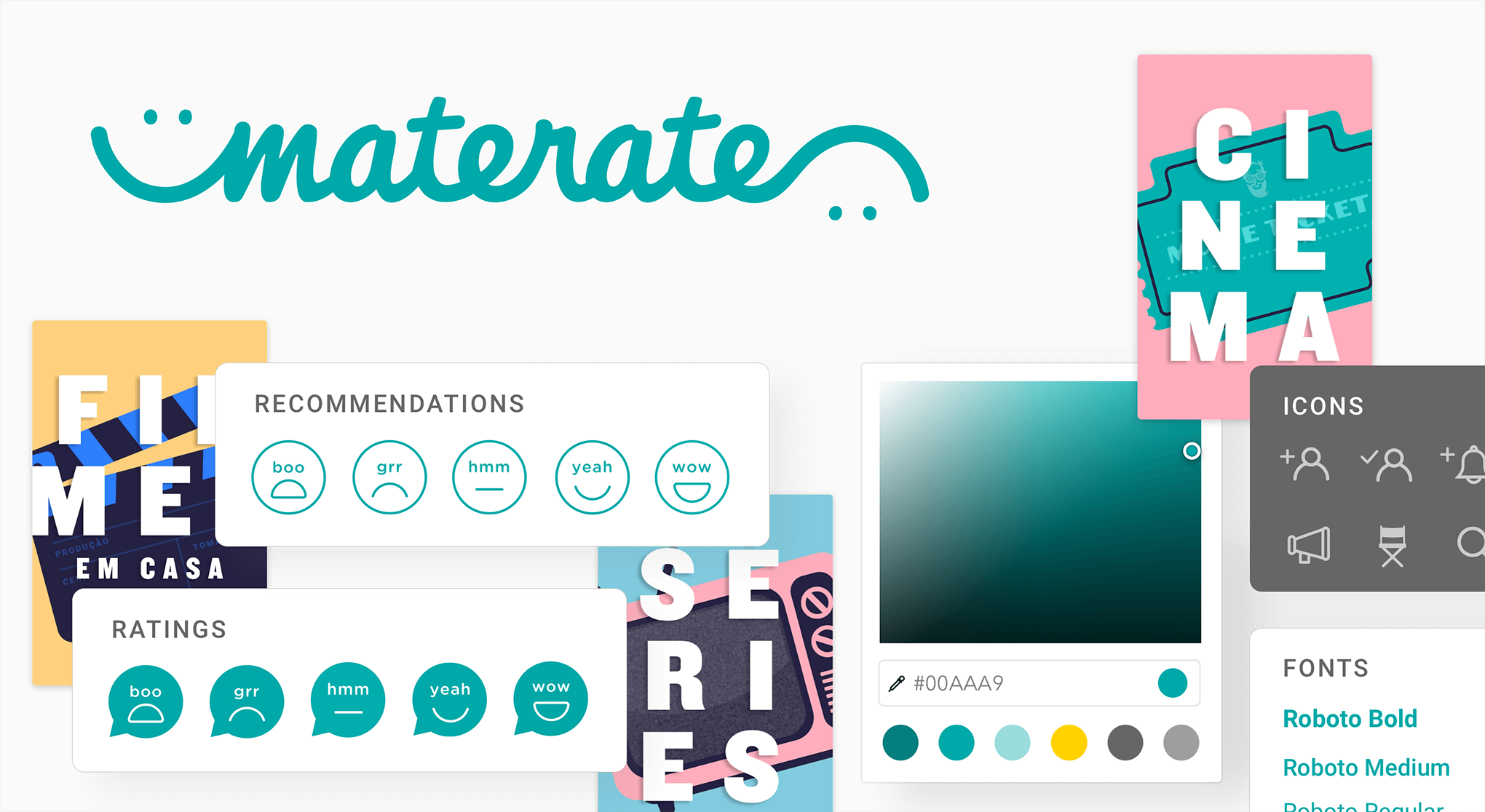 MateRate’s on boarding is a fundamental part of the app’s experience. After creating an account, the user is greeted by a bot that through a series of quick questions, will then be able to set up his preferences and the categories that appear in the first screen. The bot asks on what frequency the user usually goes to movie theatres, willingness to pay for renting/buying movies, genres, interest in tv shows, and which streaming services the user subscribes to.

Next, the user is prompted to a screen full of titles and asked to rate at least 10 movies and 5 tv shows – this is the minimum required amount to generate the user’s first recommendations.

MateRate’s first screen is a social feed but also a great source to find titles to watch. The top vertical rectangles take you to explore the 3 basic categories of the app: movie theaters, films or tv shows. Underneath that, the user can discover what his friends have recently viewed, commented on and the ratings they gave. The next section is a combination of curated categories for each user. Based on your preferences and habits, the categories have high or low displaying priority.

Users can browse all the movies that are currently screening. The GPS feature helps prioritize the information and will display first the options nearby. Browse different movie theaters, dates, times and be redirected to purchase a ticket.

With MateRate the user knows where he can stream, rent or buy any title. And in case a film isn’t available anywhere, the user can create an alert and get notified as soon as it becomes accessible and ready to be watched.

MateRate organizes and makes keeping track of tv shows easy. It’s simple to monitor everything that has been watched, know where you have left off and when new episodes are released or become available in your selected streaming option.

MateRate is also a social platform. Users can see what their friends are watching, the ratings they gave, suggest titles among them, write comments and leave reviews.

By combining user’s recommendations, MateRate makes deciding what to watch with friends painless. Leave it to MateRate’s A.I. to display titles that will be liked by everyone.

Still can’t decide what to watch? The great variety of filters makes discovering less known titles effortless. Users can find a French drama from the 60's that is best recommended to him or the best Iranian movie to rent for less than $10 in just a few steps.

Users can find everything they need to know about a title in MateRate. Every movie/show has a unique page that displays the user’s personalized recommendation based on MateRate’s A.I, the ImDB rate, MetaScore, trailer, cast and crew list, reviews and friends that have watched that title and their ratings. 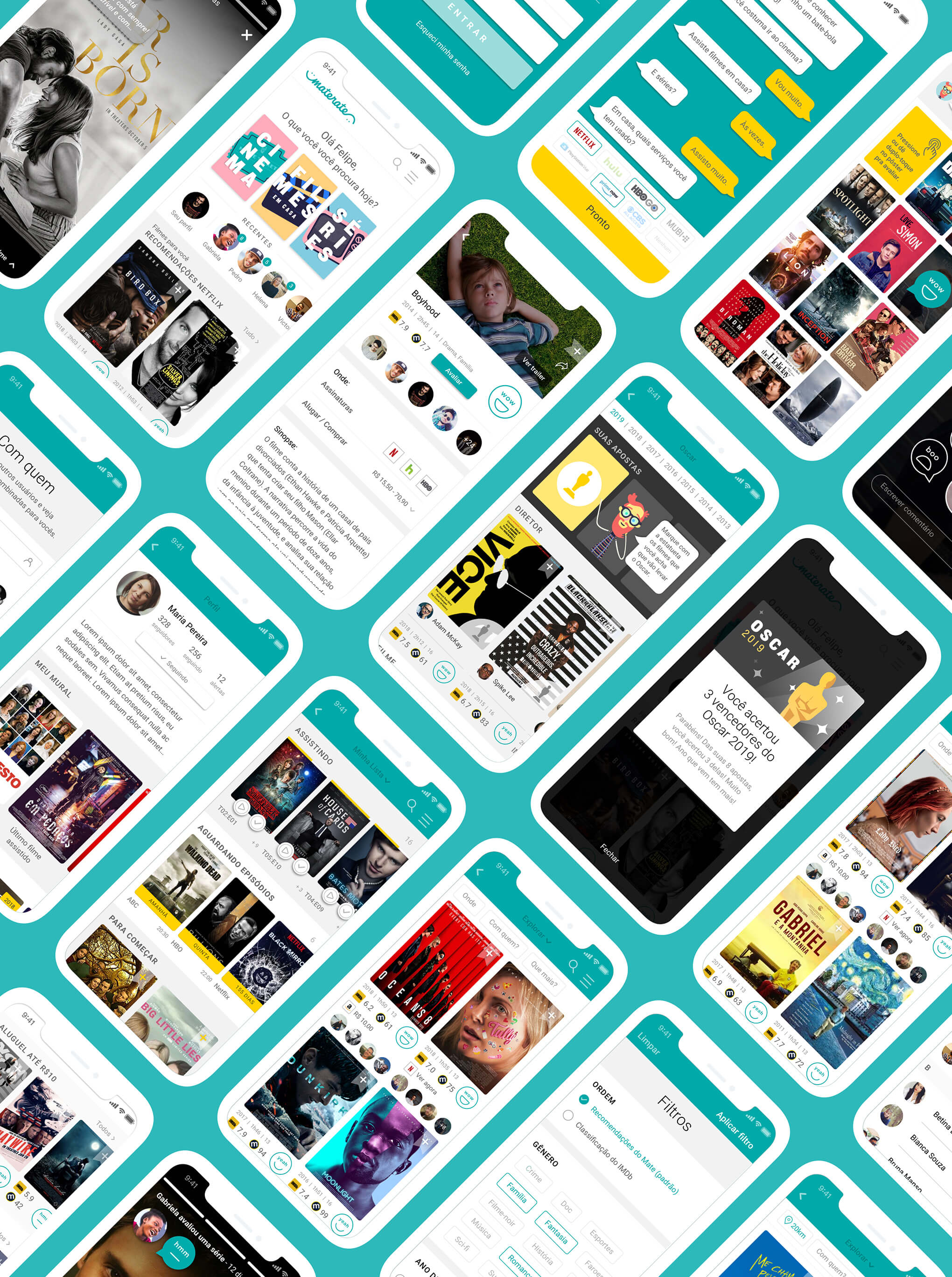